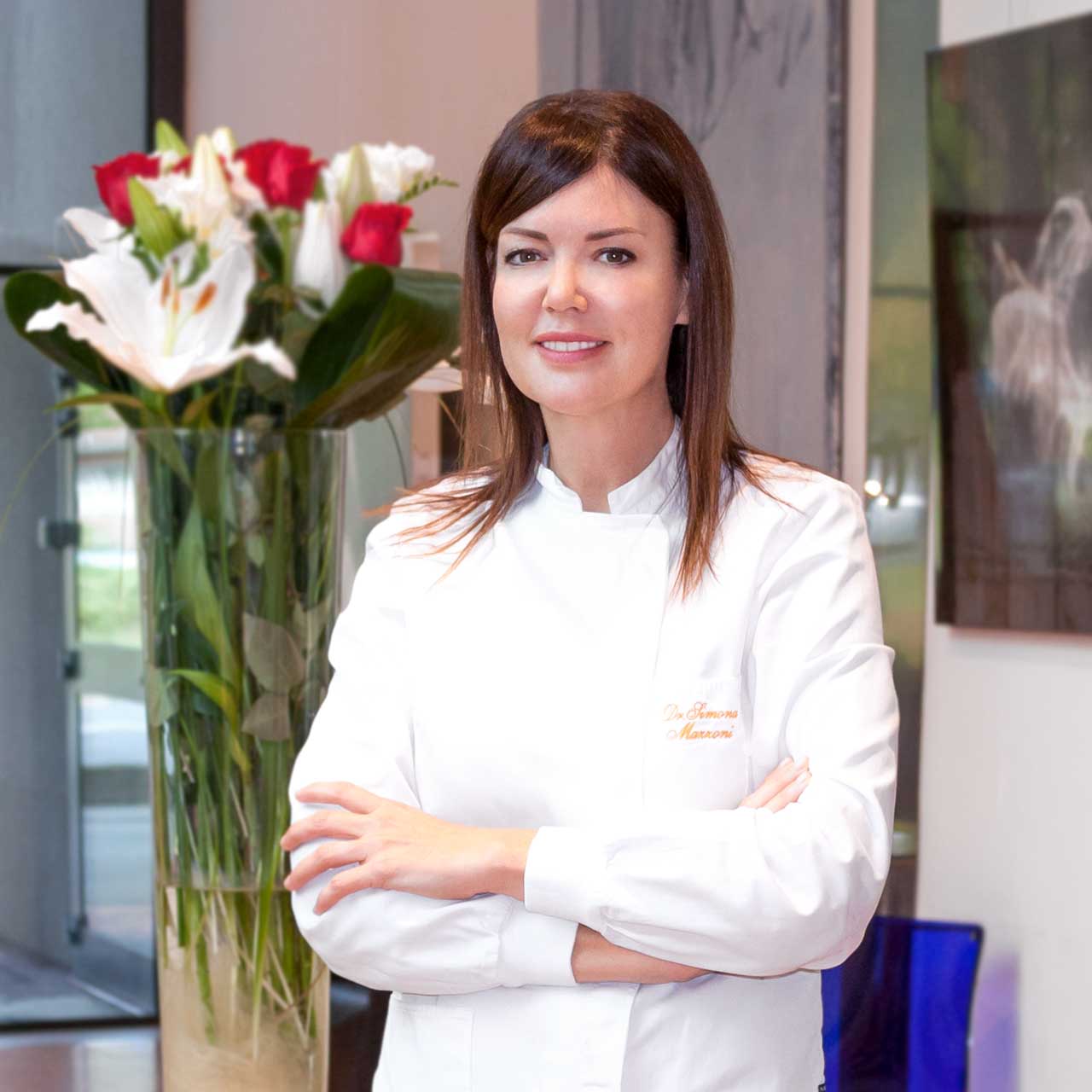 In 2005 she carried out a training period abroad at the Cranio-Facial Surgery Center directed by Prof. Yu-Ray Chen of the Chang Gung Memorial Hospital in Taipei-Taiwan and in 2014 at the Tecknon center in Barcelona specialized in the treatment of Dysmorphosis dento-skeletal.

From 2003 to 2012 she carried out her assistance and research activity at the Oral and Maxillofacial Surgery Department of the S. Orsola-Malpighi Hospital in Bologna and in 2013 she obtained a PhD on “three-dimensional reconstructive problems in Maxillofacial Surgery ” at the University of Bologna.

In 2016 she acquired a II level Master in “Plastic and Aesthetic Surgery of the Facial district” at the Tor Vergata University of Rome.
From 2016 to 2017 she provided assistance at the Operative Unit of Dentistry and Maxillofacial Surgery of the Polyclinic of Modena directed by Prof. Consolo.

She currently works in the Maxillofacial Surgery Department of the Villa Maria di Cotignola Hospital.
Author of scientific publications, she has participated as a speaker and not in national and international conferences and congresses.

OTHER PUBLICATIONS BY THE AUTHOR 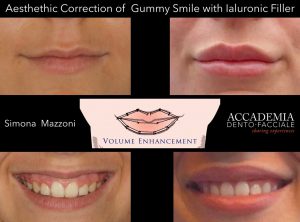 29 June 2020 / Dr. Simona Mazzoni / filler, gummy smile, hypoplastic, ialuronic, MORE
Menu
This site uses cookies, including from third parties, to provide you with a better experience. By clicking on "ACCEPT" or by continuing to browse the site, you consent to the use of cookies as required by our cookie policy.
ACCEPT